'It is Not Down in Any Map; True Places Never Are' - Jarrad Martyn 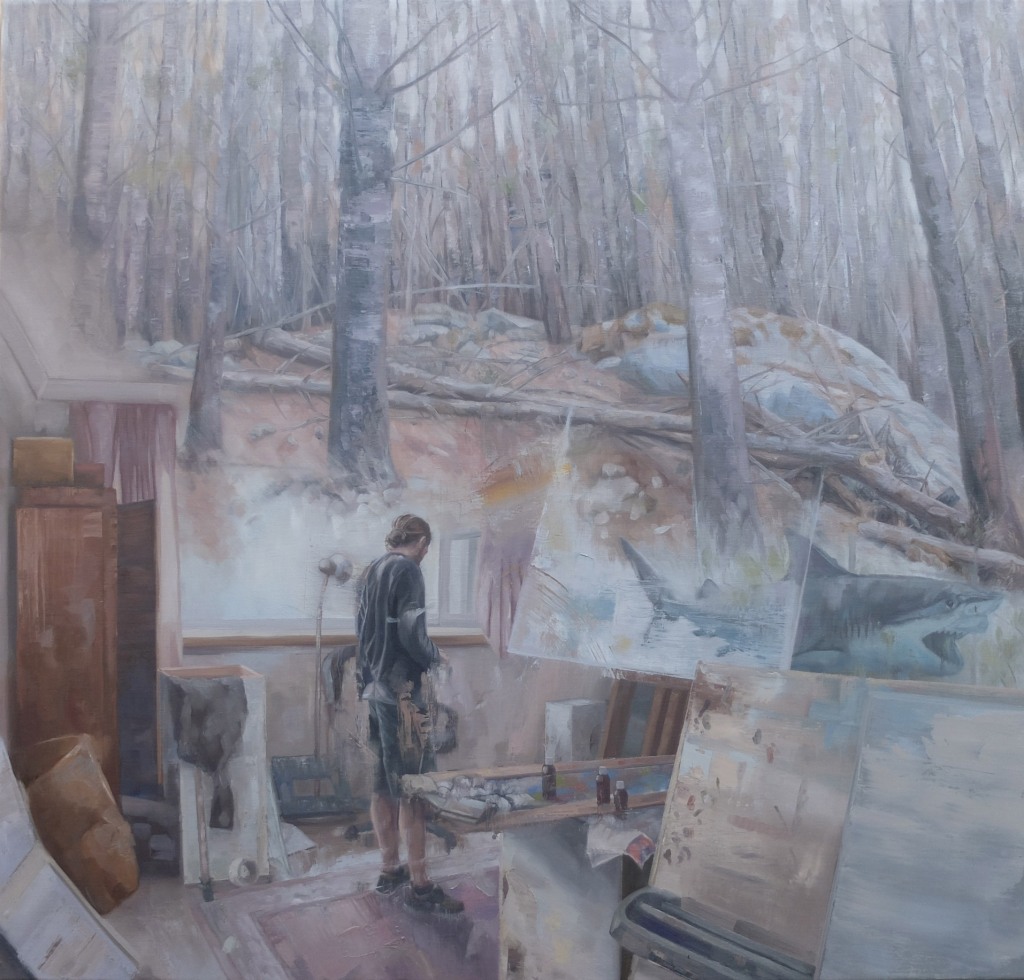 It is Not Down in Any Map; True Places Never Are is a series of paintings and drawings by Jarrad Martyn which explore humanity’s relationship with the natural environment. The title originates from a passage in Herman Melville’s 1851 novel ‘Moby Dick’, in which the protagonist, Ishmael, describes from where his close friend Queequeg the Harpooner, originates. The quote associates the ‘truth’ of a physical place with the past experiences had in that place. This sense of finding value through memory is used as an analogy for the content within the body of work which is largely informed by spending time exploring nature, travelling, and the development of new pursuits.

The process of bricolage, (something constructed from a diverse range of things) is used to collate academic research and the associated imagery to create an alternate conversation. This newconversation is both internal and external, and is presented through ambiguous spaces where motifs serve a symbolic function. Heavily relying on shifts between expected context and associated time periods, the contrasting motifs are used to explore the relationship between industry and the environment, species hierarchy, as well as the conservation function of zoos. Conversely, some works also tell a universal story that aims to unite humanity, while also suggesting what (if anything) the act of painting can offer to environmental conversation.

The handling of paint is characterised by making adjustments to the opacity, texture, and clarity of the paint. The aim of which is to hinder the representation of motifs - to encourage the audience to look longer, and to deduce linksbetween, and decipher their own conclusions as to what events are unfolding, and the symbolic meanings within.

This body of work was largely made during a residency at Art on the Move, and is supported by the Department of Local Government, Sport and Cultural Industries (DLGSCI)