The body of work I have produced for this exhibition represents an exploration in transformation. My aim like an Alchemist was to transmute inert/lifeless material into a state of aliveness and I accomplished this in two ways: by producing forms which can physically move and forms that embody a sense of implied movement.

My exploration dually fulfilled my interest in kinetic sculpture as well as my interest in sculptural forms that reference the plant kingdom and nature.

The material challenges the form, which unconcerned emanates with new life. From former stasis it thus makes the transition from inanimate to animate. Daniel Iley 2008 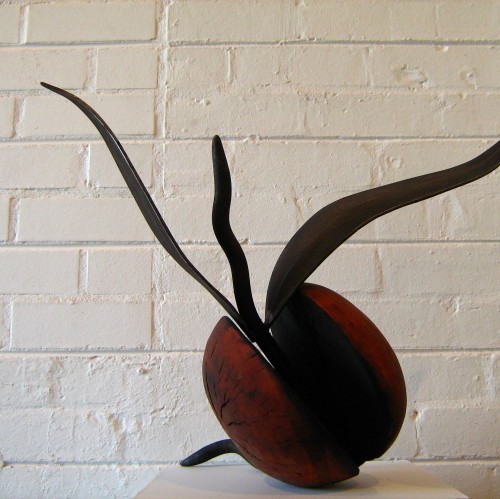