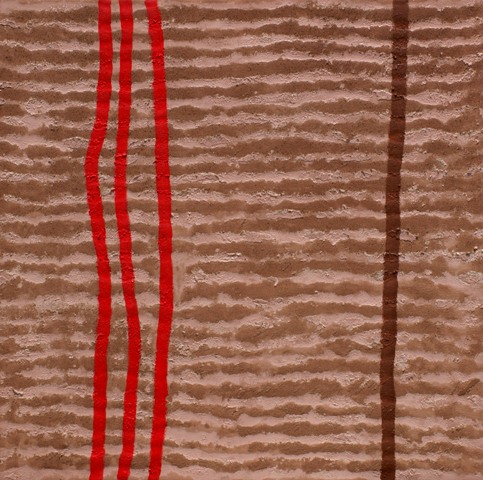 LINDSAY HARRIS - Three Tracks Plus One

Traditionally men ochred themselves up. These were the ritual killers. They wore feather-foot pads on their feet. This was so their tracks could not be seen. As they travelled over the land sometimes they were seen and sometimes they were invisible. However, the Noongar knew when these people were coming. The three red lines represent the three men who were out for revenge. The brown line is the person being pursued. There were certain places where revenge killings took place. The feather-foot wandered all over the country.